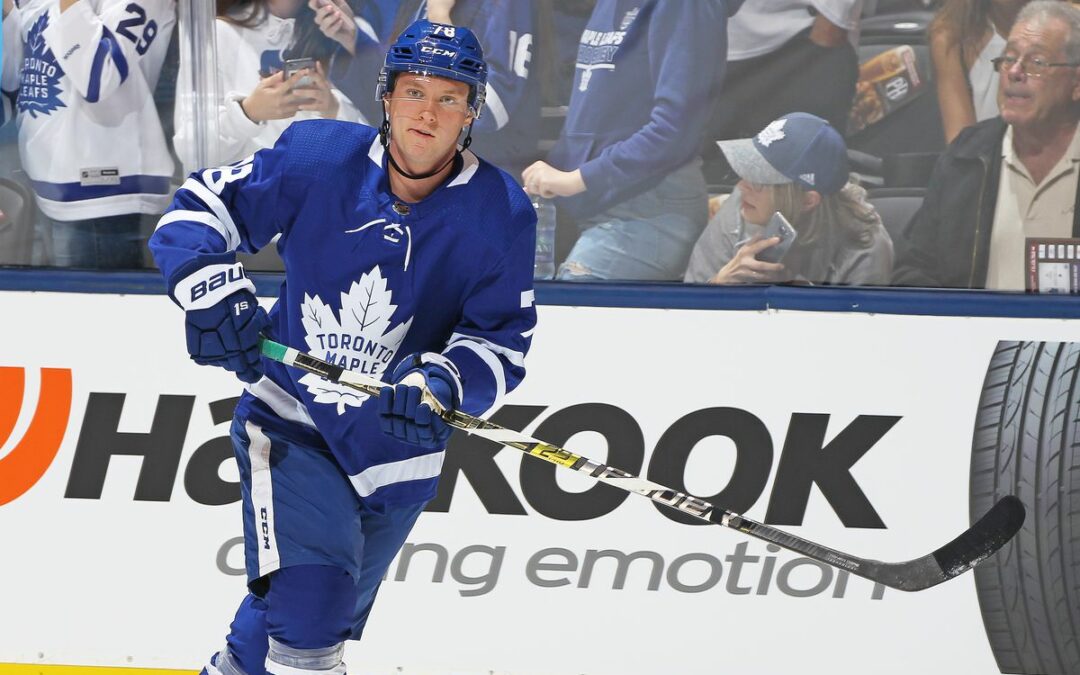 TORONTO — It’s a mid-August afternoon in Stockholm and William Nylander’s cellphone is blowing up. At first he elects to ignore the buzzes and beeps. Then he halts an interview mid-thought to pick up the phone.

The future Toronto Maple Leafs teammates grew a lot closer this summer while participating in the same group skate. Sometimes Sandin would even stay with Nylander and his brother, Alex, and it was during those hard months of preparation where he started to see what has now become apparent to anyone watching Leafs training camp closely.

At age 19, Sandin is on the verge of a big breakthrough.

What’s most notable about this development is how natural it all looks and feels. To hear the other established Maple Leafs discuss Sandin’s play — heck, to listen to the way head coach Mike Babcock is unabashedly praising him — leaves the distinct impression he’s already part of the team.

We’ll get the next big indicator when the players remaining in training camp are split into ‘Leafs’ and ‘Marlies’ groups following Saturday’s visit to Buffalo, but don’t be surprised when Toronto’s 29th-overall pick from 2018 is still skating with the NHLers next week.

“This kid’s nasty,” said Auston Matthews. “I was really impressed with him last year, honestly. It’s fun getting out there with a guy like him because he can see the ice, he jumps in and is smart about when he jumps in on offence and when he doesn’t.

“Obviously breaking out of our own end, I mean, he sees it. He makes plays that not many people can.”

“All you’ve got to do is watch him,” said Babcock. “He’s smart, he knows how to play, he’s got a feel. He’s one of these guys it doesn’t seem to matter how old he is because his hockey sense is so good.”

Sandin’s ability to distribute from his own zone should be particularly useful on a team with the kind of high-end talent the Leafs have at forward. But there’s more to his game than that. He smartly positioned his five-foot-11 frame during a solid penalty-killing shift in Saturday’s 3-0 exhibition win over the Sabres and broke up a Buffalo rush in transition with a stick check that turned into a Matt Read goal.

He didn’t look remotely out of place in more than 20 minutes of work.

“I think he’s like that every night,” said Babcock. “He’s comfortable all the time. It doesn’t seem to matter what level he’s at.”

Sandin is looking to take another big leap up the ladder this fall, having already progressed from the Swedish under-20 league to the Ontario Hockey League to the American Hockey League over the last three years.

About the only thing that looks minor-league about him at this point is the No. 38 on the back of his sweater — a training camp handout he didn’t get any say in. The other Leafs have seized on to that fact in the dressing room, calling him “Colin” in reference to former Marlies captain Colin Greening, who donned those digits last year.

“He doesn’t like that,” said Andreas Johnsson, another member of the growing Sandin fan club.

“What is he, 19 or 20? It’s hard when you get up here first and you think everyone’s older. And then it’s like, ‘Yeah, he’s actually 19 and does all this stuff.’ His head is probably his best weapon. He’s so smart and wins every [battle] and always makes the best pass.”

Sandin’s got that quality you just can’t teach. He’s not big or imposing, but he never seems to panic or let the gravity of any moment get the best of him. He remembers feeling a little nervous before his first exhibition game with the Leafs last fall, but hasn’t experienced any of those butterflies the second time around.

Armed with emotional maturity, he’s come to camp ready to claim a job.

“If that happens, no one would be happier than me,” said Sandin.