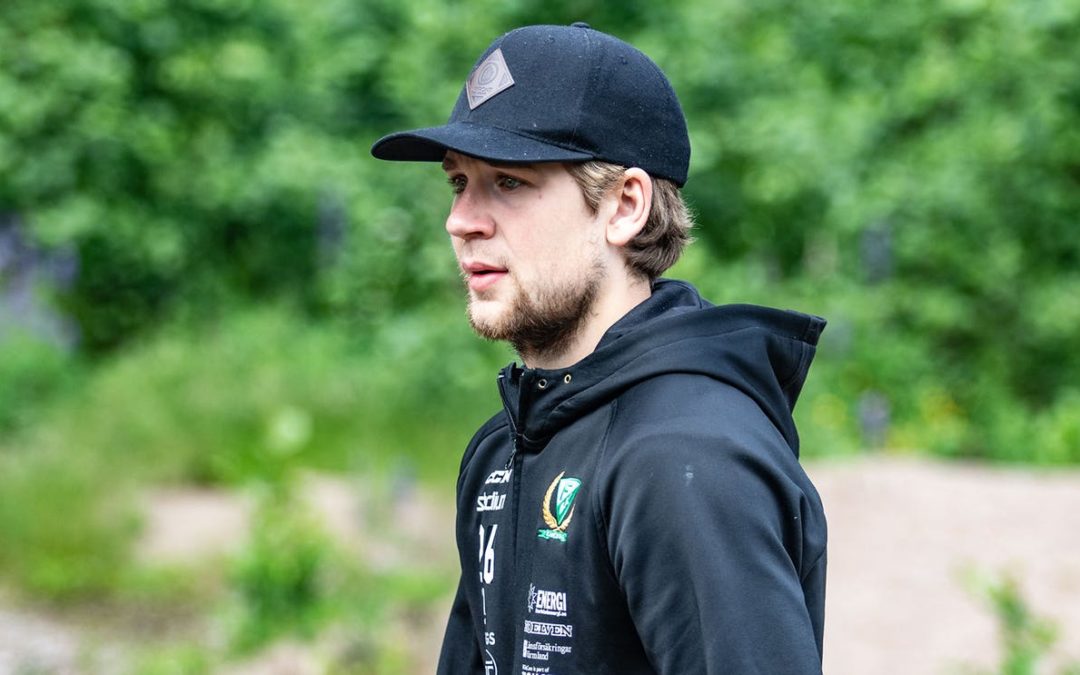 He has been with us since the beginning of May. For many, he is quite unknown, but if you believe Lucas Ekeståhl-Jonsson then there are many who will soon know who he is.

“I’m going to surprise a lot of people,” he said.

A Umeå guy who, via the Finnish league, will now make his SHL debut as a 23-year-old. And he’s a 23-year-old who knows what he can do.

“I have had two good seasons in Finland but felt that I was done there right now. I wanted to try something else, and when Färjestad came into the picture it became interesting right away. They play hockey that suits me, as I myself think I am good with the puck, have a good passing game and like to do it in good speed. I want to show that I’m a good hockey player and, in this way, take a big role here in Färjestad,” he said.

He has been in Karlstad since May and likes what he has seen so far.

“A very nice group of people, both players and leaders, who made it easy for me to get into the gang. Having my old friend Axel Ottosson here has of course helped.”

That he has now chosen to leave Turku and Finland for Färjestad is because he wants to take the next step in his career and develop.

“The game in Finland is very controlled. You gladly attack with all five players at the same time so there will be a lot of waiting before you then take off to start the same way again if you miss an opportunity. It gets pretty repetitive in the end. We had a good team in Turku and had material to go all the way, but it didn’t turn out that way. Really sour actually,” he said.

The feeling feels good again for all of us green-white, and Lucas Ekeståhl-Jonsson is here to help take the next step.

“Färjestad is one of the largest associations in Sweden that also always has the goal of going for the gold. It is good people who work around here and there are nice facilities. Now we just need to come together as a group as well.”

He has already seen the stubbornness that lies within the group.

“Everything is to be won. If we were to build towers with spaghetti, that should be won. That’s what sports are about – winning. It already feels that there are a lot of winners in this gang and I think it is very fun that it’s like that. Hockey is, in many ways, a fight one against one. You should be better than your guy on the ice and if you have that in you, that you compete for everything, then you have won a lot in the fight even on the ice,” he said.

Wikstrand and Virtanen gone – two defenseman that logged a lot of ice time. Is that something you’ve thought about?

“Yes, but that’s how it is. You always want good players to remain, but now it is what it is and that opens up opportunities for others to step up. I want to take a big role and want to perform well to get it done.”

That he himself has that feeling is fine enough. For many of us, Lucas Ekeståhl Jonsson is still a fairly unknown name.

Can you get a little triggered by that?

“Absolutely! I feel like that a little bit and I’m ready to show hockey fans who I am. There is quite a bit of media attraction in Allsvenskan where I previously played. Now that I am in SHL and Färjestad, I will do everything to make a nice impression here. My thought is that the loss of the players we mentioned earlier should not be so noticed,” said Ekeståhl-Jonsson.

There is no doubt whatsoever that it is an amped and excited player who has come to Färjestad. And he looks forward to making his debut in his new home.

“It will be a lot of fun to play in front of an audience who is so engaged in the game. In Finland, there is  often be a lot of people at the games, but it is not at all the same fan culture as in Sweden. They sing a lot here and it is a completely different lifestyle, which you, as a player, appreciate enormously.”