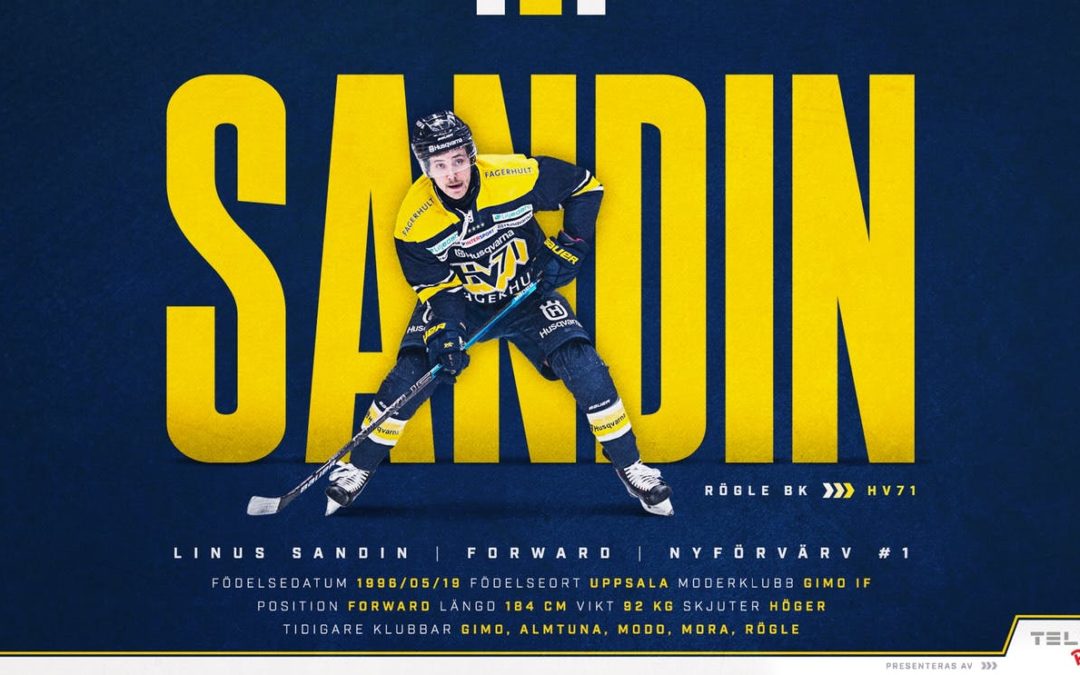 Just one day after scoring his very first goal for the Swedish National Team, Linus Sandin has signed a two-year contract with HV71.

”Linus is a player we’ve been following for last two years,” said Johan Hult, GM for HV71, in the team’s press release. ”He is a technical and modern right-wing forward with both offensive and defensive qualities.”

The 22-year-old forward has had quite the season this year, from tallying 23 points with Rögle BK to making his Tre Kronor debut to now signing with his second SHL team.