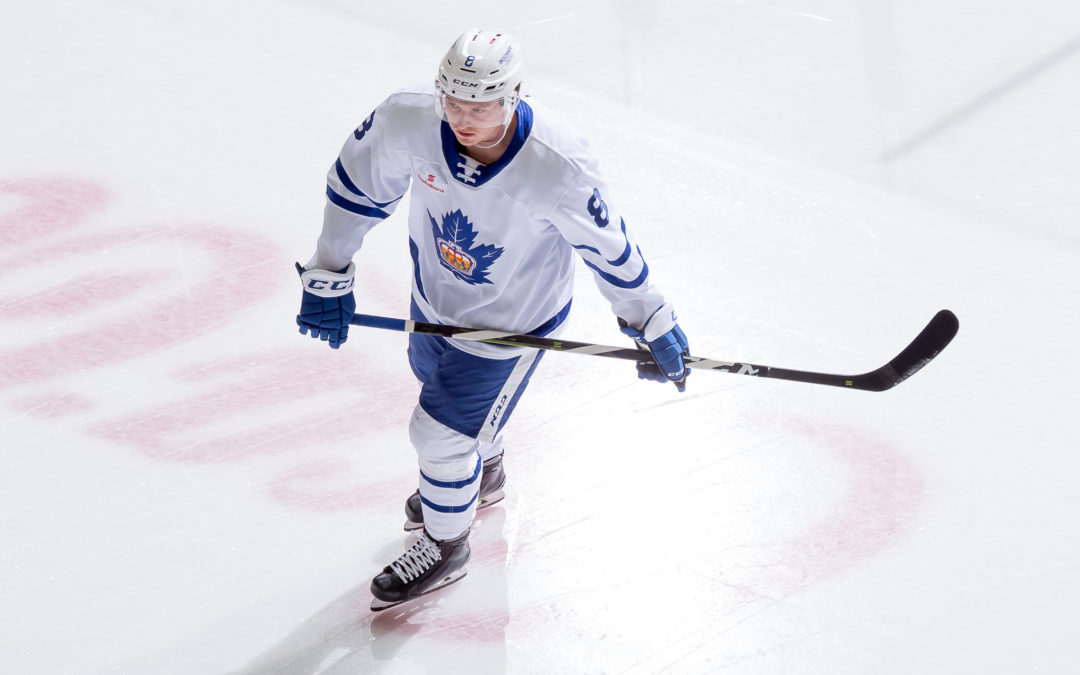 Rasmus Sandin is having a stellar first AHL season so far.

In the Toronto Marlies 7-2 victory against the Manitoba Moose yesterday, Sandin recorded one goal and one assist.

The 18-year-old defenseman now has nine points (five goals, four assists) in 17 games, making him second in the league for rookie defencemen in goals and the leading scorer among Marlies defensemen — all despite missing the first nine games of the season.