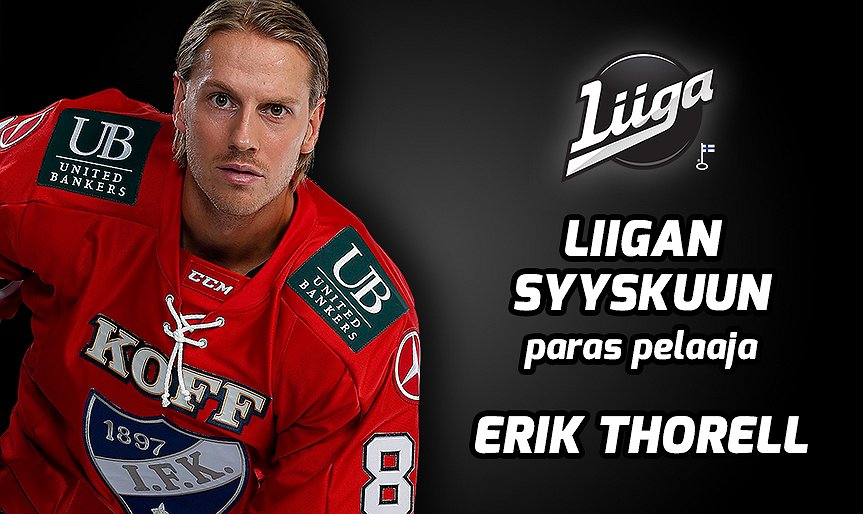 Erik Thorell has been named Liiga’s Player of the Month for the month of September.

In the month of September, the 26-year-old forward has recorded six goals and four assists in seven games played.

In an article posted to HIFK’s official website, it’s stated that “[Thorell] was the best scorer and point-maker in the league in September. Thorell’s defensive game was also strong.” The article continued on to say that Thorell’s “toughest challengers” for player of the month were KooKoo’s Miikka Pitkänen and SaiPa’s Tyler Morley.

Thorell will be rewarded with a bronze medal at the Helsinki Ice Stadium on October 4th.