Welcome to the Family, David Bernhardt 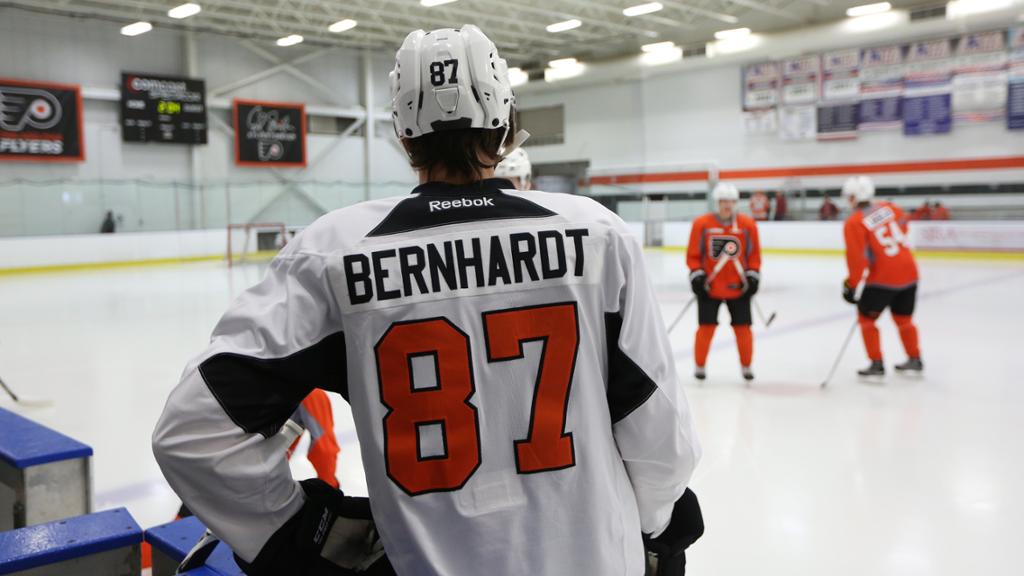 We’re happy to welcome Djurgården IF defenseman and Philadelphia Flyers prospect, David Bernhardt, to the family!

The 6-foot-3-inch 20 year-old has been playing in the Djurgården organization since 2012, from U16 Div. 1 to J18 Allsvenskan to the SHL. In 2016, Bernhardt was drafted 199th overall to the Flyers, and the following year he represented Sweden in the World Junior Championship in Montreal-Toronto.

“Bernhardt is a puck-moving blue liner,” wrote Travis Hughes of SBN. “He uses his great vision and hard, accurate passes to nd his teammates on the ice. He is very creative with his passes, both short-ranged passes as well as long-ranged dishes from his defensive zone to streaking forwards. He has solid puck skills while also being able to protect the puck with his balance, strength and size.”

This past season, Bernhardt recorded one goal and 11 assists in 51 games played.