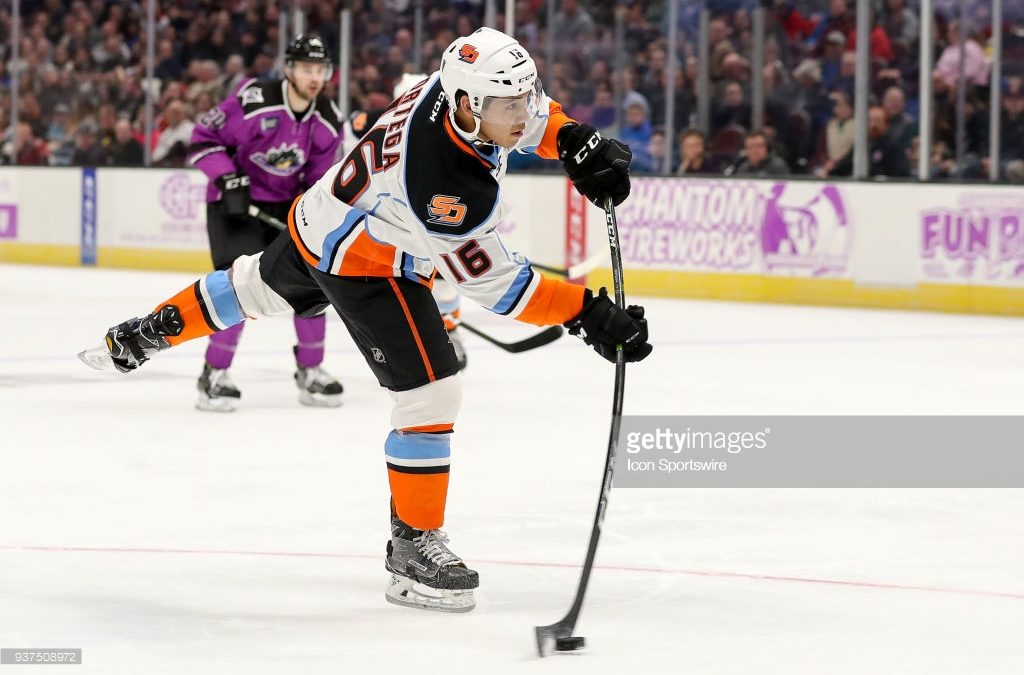 The 24-year-old Escondido, CA native spent three years in the USHL, playing for the Cedar Rapids RoughRiders, the Indiana Ice, and the Fargo Force, before deciding to play college hockey at the University of Nebraska Omaha. Afters four years in the NCAA, Ortega ended the 2016-17 season with the San Diego Gulls, AHL affiliate to the Anaheim Ducks.

This past season, Ortega played 29 games for the Gulls, recording three goals and 13 assists, before being sent to the Utah Grizzlies of the ECHL, where he also played 29 games. There, he recorded 17 goals and 28 assists, a total of 45 points.