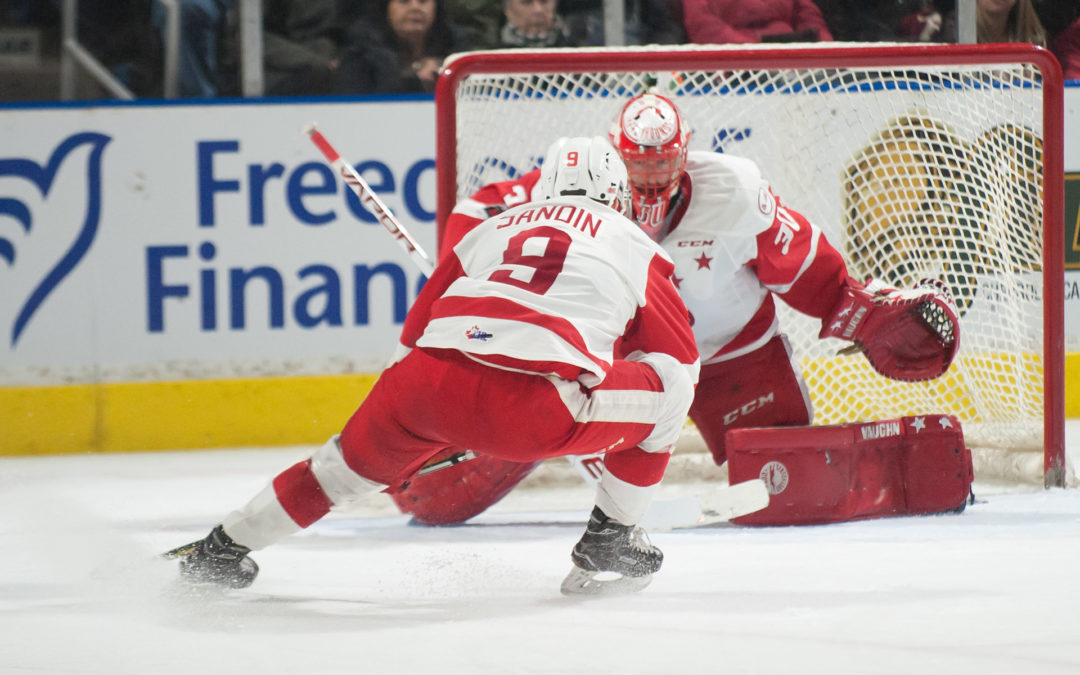 Rasmus Sandin has been having a stellar season with the Sault Ste. Marie Greyhounds of the Ontario Hockey League, recording 11 goals and 33 assists in 48 games played. Sandin currently leads all rookie defenseman in points (44, T-4th in League), and in points per game (3). In addition, he leads all rookies in power play assists (12). Sandin has also become the Greyounds’ first rookie defenseman to have 10 goals since Ryan Sproul.

Recently, Sandin claimed the #20 spot on Sportsnet’s updated 2018 NHL Draft Prospect Rankings. See what Jeff Marek to what had to say about the talented defenseman:

Check out Sandin’s latest goal (1:25) in the Greyhounds’ 6-5 OT shootout loss to the Owen Sound Attack: