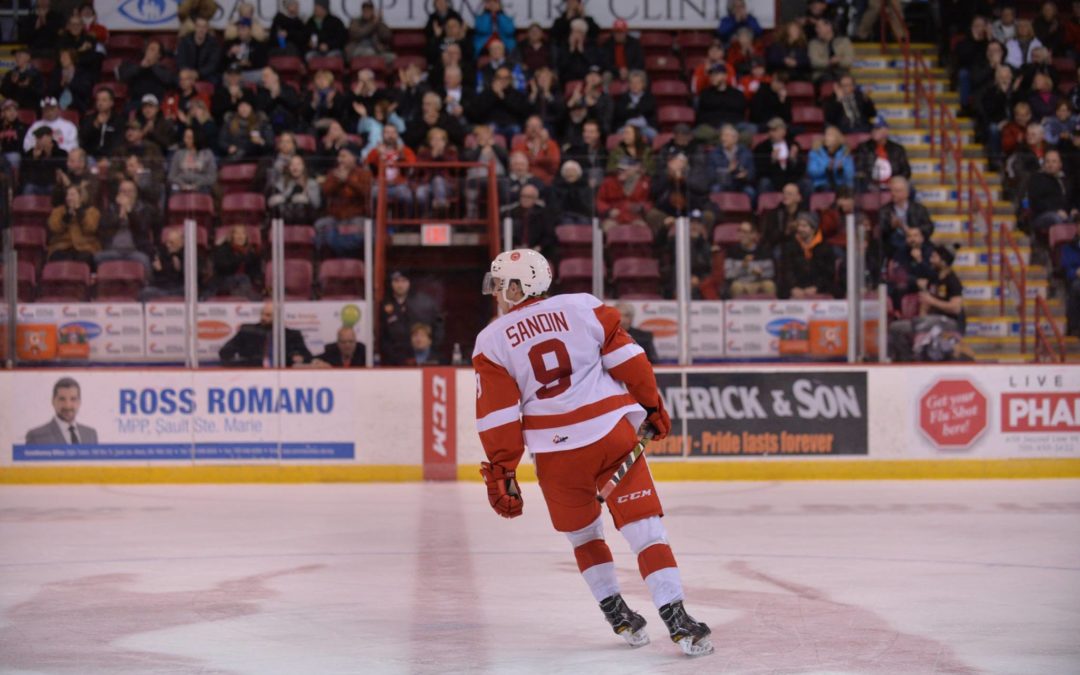 Rasmus Sandin is making his mark over in the Ontario Hockey League. Sandin, who is on loan to the Sault Ste. Marie Greyhounds from Rögle BK (SHL), has acquired 20 points in 23 games – four goals and 16 assists. In last night’s game against the Flint Firebirds, Sandin scored two goals and had an assist, becoming the Greyhound’s first rookie defenseman to pot a pair since 2011. In addition, he was named first star of the game.

Sandin was drafted by the Greyhounds in the first round of the 2017 CHL Import Draft. In an article posted to the team’s website back in October, GM Kyle Raftis had some positive things to say about Sandin joining the squad:

“This is something we have been working towards for some time now. We are very excited to have a resolution and add a player of Sandin’s calibre to our group. As an extremely intelligent puck moving defensemen it will be a great boost to our blueline moving forward.”