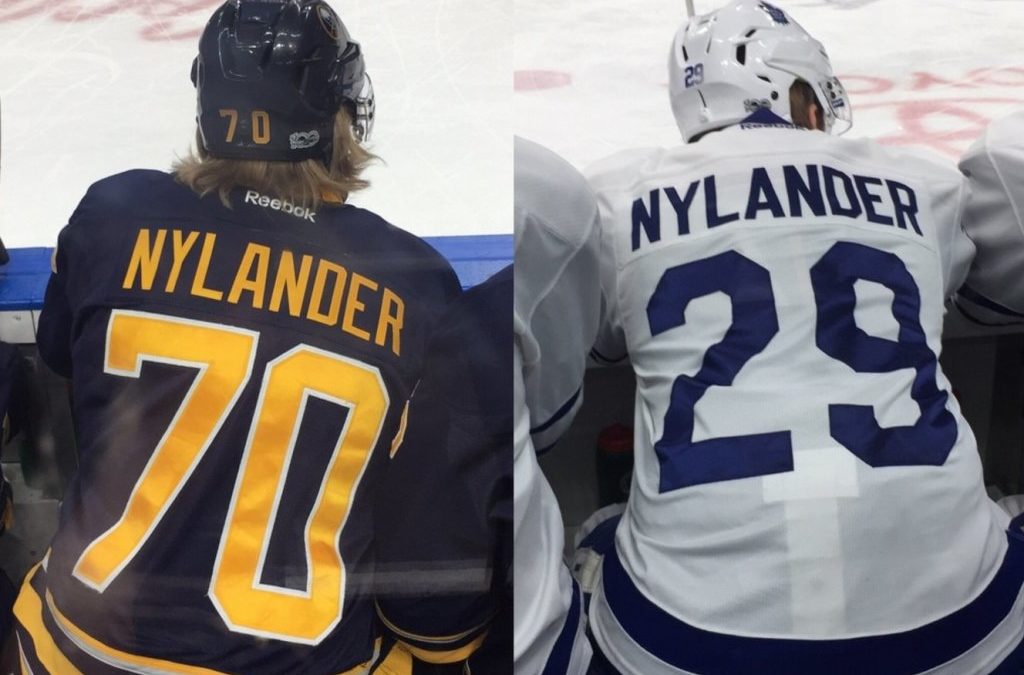 Last night was nothing but special for the Nylander family, as Alex Nylander made his NHL debut with the Buffalo Sabres against none other than brother William Nylander and the Toronto Maple Leafs – the first matchup of many. Alex, who wore number 70, recorded 14:38 of ice time in the Sabres 4-2 loss, while William become the 4th rookie in Leafs history to hit 60 points with his assist on Auston Matthews’ first period goal.

Michael Nylander, along with the rest of the Nylander clan, was in the audience to witness his two sons play against each other in the NHL for the very first time:

Take a look at Alex’s journey to his NHL debut, as he talks family and competitiveness with brother William growing up: